Andy is trying to learn to read and he is very impatient with the phonics. La-Le-Li-Lo-Lu: he could not care less. He gives up easily and is not interested. Juliana, on the other hand, is very keen on reading.

Sneaky and devious mom that I am, I told them they could watch VeggieTales as soon as Juliana learns five flashcards. Andy is in there industriously teaching her La-Le-Li-Lo-Lu. I am doing my work and snickering up my sleeve.
and now Suzanne :: 2/23/2007 No comments:

Email ThisBlogThis!Share to TwitterShare to FacebookShare to Pinterest
has something to say about Chickadee, Dandy, parenting

She sings all the time. This morning's song:

Email ThisBlogThis!Share to TwitterShare to FacebookShare to Pinterest
has something to say about attachment, Chickadee, food

I didn't get to follow through with my dance class as Jamie started working pre-turn-around overtime every Thursday night. I don't know the real reason why a refinery shut-down is called a turn-around; we've always thought it's because the workers drive home and then turn-around and go back to work, which is certainly what he did last night: home a 11 and back to work at 7 am. Anyway, my plan to maintain (regain?) mental health with an hour of stretching and pretty music fell through, so I went the chemical route. Lexapro.

I tend to get murky and unhappy during the long dreary soggy winters we have (who wouldn't?), so I have used anti-depressants a few other years and they always made me pudgy. So this time I bought a digital scale to help keep pudginess at bay. I was quickly losing the right to call it pudge and was about to have to use the F word; you know, the one that rhymes with hat. Since Lexapro I've lost 15 pounds! Add that to the 10 I lost sitting vigil in December with Dad and I am nearing my target weight/size. Now if that doesn't cheer a girl up, what will?

In addition, my lovely mother-in-law has come up for the long weekend (Jamie is in full turn-around now, 12-14 hrs a day for months). It is so nice to have another grown-up in the house so that each kid always has somebody. Today she and Juliana went out to lunch and shopping. Poor Andy has a nasty flu. On Sunday he went to his first American birthday party and came home all elated and happy and later all feverish and ill. He is in bed. For every time he sl

eeps he gets a Veggie-Tale movie when he wakes up. I took him a breakfast tray of juice and tea in a little pot and a bunnykins mug and a little flower in a little vase. Andy about melted. Juliana was sick last week and she just got better. I wonder if we will ever all be well at once.

Andy is doing very well at his new school. He goes five afternoons a week. It is a really good fit and I am very pleased with the attention and instruction he receives there. His teacher is top-notch and the principal is a lovely example of firm and friendly. Andy is very fond of both of them.

Remember in early Feb when I posted that I had been sick for awhile? I still haven't gotten my voice back. I whisper and croak and am generally inaudible. So, if you are a face-to-face friend feeling sad or neglected cause I never call (not that I ever did anyway), do know that I am living a forced phone-free life right now. The kids and I are learning sign language so that we can get by. I'm not joking about this. We have yes, no, kleenex, kitty, dog, more, ouch, food/eat, I love you, telephone, and so on.
and now Suzanne :: 2/19/2007 No comments:

Email ThisBlogThis!Share to TwitterShare to FacebookShare to Pinterest
has something to say about Dandy, health, mental health, school

Ketchup and Peanut Butter have saved my sanity.

Because the discipline in the children’s previous life was so harsh, it has been quite a challenge to come up with strategies that are motivating to the children.

Spoonful of ketchup?
Oh NO! Anything but that!

About two weeks ago Andy appeared to have decided that there was nothing that we would throw at him that he could not handle, and all sorts of mischief ensued. The most startling was persistent and dramatic chewing-with-mouth-wide open. He never used to do this and was now doing it all the time. We would remind him and he would say okay and then do it again the very next bite. It was looking deliberate. Then ketchup occurred to me.

“Andy, would you like a spoonful of ketchup?”
“No, thank you! Ick!”
“Next time I see your food as you chew, I’ll bring you a spoonful.” 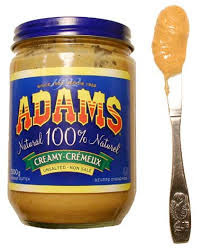 For Juliana, peanut butter does the same job. I have a friend who uses vinegar.

This morning I saw Andy lift his arm to hit his sister and then stop.
“Andy, what helped you remember to not hit?”
“I don’t want ketchup.”

So, Andy and I were driving in to see my Dad the other day and we were talking about the ketchup and how good it has been at helping Andy remember. He wanted to know if Grandpa knew about the ketchup. Yes. Andy did not like this. He fussed about it quite a bit.

I pull the car over.

Email ThisBlogThis!Share to TwitterShare to FacebookShare to Pinterest
has something to say about Chickadee, Dandy, mental health, parenting

bits and pieces of an over-saturated life

in no particular order . . .
* Andy starts his new school tomorrow. We are enrolling him in the private school I attended, known for its vigilent approach to character issues such as respect and obey.
* Jamie starts a turn-around next week. This is when a refinery is shut-down for maintenance and work is carried on 24 hours a day, 7 days a week, for several months. Jamie will be working 14 hour shifts, as he is the supervisor and has to overlap the crews that work mere 12 hour shifts. He gets a mandatory day off on the 52nd consecutive work day. So, I'll be pretty much parenting solo.
* I've been sick for over a week which means I can't go see my Dad which is a sorrow for me. Dad is, reportedly, much better.
* We have a new dog, Bear, who is staying with us while Dad gets better. He is a sweet dog and fits in nicely with our other dogs and has even learned to not chase the kitties. He regularly breaks into the goat corral where Betsy, the bearded lady goat, roundly trounces him.
* The lovely week of sunshine has come to an end and the more typical grey dreary bitterly cold days have returned.
* We are filing our post-placement reports and getting ready to start the Washington State readoption process. The sole reason for doing this is getting Washington birth certificates for the kids. In the event that they ever need to get a copy of their birth certificate, it is much easier to do this locally than to apply to Russia for one.
and now Suzanne :: 2/04/2007 No comments: